REVIEW : The film, which revolves around a lovable yet stern businessman Hasmukh (Tiku Talsania) and his quest to get his two sons Dushyant (Amar Upadhyaya) and Himanshu (Aditya Kapadia) married as per his wife’s last wish, sure sounds like old wine in a new bottle. However, it was quite a refreshing change to see actors pull off the characters quite convincingly. So, while the sons are plotting against their father and his idea of getting them married, the father has already put in motion a plan which brings not just new twists and turns, but at the same time makes sure that he’s always two steps ahead. Director Rrahul Mevawala has put up a good show, making sure that the film does not lose grip and keeps the audience engaged at the same time, for quite some time. Tiku Talsania as the stern yet lovable father fits the role like a glove. Amar Upadhyay not only looks pleasant on the screen, but makes quite an impact with his character and doesn’t seem out of place even for a minute. Aditya Kapadia’s comic timing is good. Tanvi Thakkar as Aditya’s love interest and Monal as Amar’s love interest do full justice to their roles. However, it is Manisha Kanojia who steals the show with her pretty looks, great comic timing and her portrayal of Tiku’s lover. This is Manisha’s debut Dhollywood movie and she has just nailed her role. While one has seen her in many avatars on small screen and in soap operas, the actress sure leaves a distinct mark at the end. The music fits quite well in the movie and doesn’t hurt your ears. Shaan’s voice takes certain songs a few notches up. The foot-tapping numbers can be certainly heard in remixed avatar this Navratri. While the movie feels a little too stretched, the thought-out editing mostly takes care of that. Being a comedy, this family entertainer can be a fun one time watch.

REVIEW : Tilok (Mayur Chauhan) runs a pay and use facility along with Sundar (Hemang Shah), his younger brother. Everything is fine till Jaya (Deeksha Joshi) walks in and trips straight into Tilok’s arms. And a love story begins filled with twists and turns. Since Jaya and Tilok belong to different communities, there are obvious repercussions to their union and Tilok faces various challenges to win over Jaya’s father. But in the end, love wins over hatred and peace is restored for a happily ever after ending.

As Karsandas Pay & Use releases after a gap of almost a month of a total dry spell of Gujarati movies at the BO, it completely rises up to the occasion. At the heart, it might be a love story, but it also manages to pass on a positive message about maintaining harmony and respecting all sections of the society, including the working class. And the best part is, it does so without sounding preachy or deviating from the main story line.

While all other Gujarati films are trying hard to be urban, a word surely overused in Dhollywood now, Karsandas Pay & Use very subtly yet effectively tells a story that has little to do with it being urban or rural. Why it strikes you is because it tells a feel good story, with well written characters and dialogues, a tight story with all it’s fun and masti along with a subtle message, refreshing music, good cinematography and brilliant performances by the entire star cast, especially the lead pair of Deeksha Joshi and Mayur Chauhan. Mayur, who earlier starred in Daav Thayi Gayo Yaar, looks like a different actor altogether. From his first film to this, he has grown as an actor, and it is visible on the screen. To pull off a character of Tilok, which is not the most conventional one, is commendable. So is Deeksha, who looks every bit Jaya and her transformation from a vibrant and colorful character in Shubh Aarambh to a docile maid is pleasantly surprising.

Karsandas is one those few Gujarati films that gives you special moments throughout the film bringing a smile to your face. Be it coy romantic moments between Deeksha and Mayur, funny one-liners, heartwarming bromance between Tilok and Sundar or friends standing up for each other in adverse situations, the films surely touches the right emotions. And the dose of these emotions is just about enough, neither too dramatic nor too flat.

Overall, Karsandas Pay & Use reasserts the fact that nothing else matters if a film is made well and tells a good story. Being a Gujarati film, it will find connect with all kind of audiences and that’s where its strength lies. Even though last few months have been rather slow and sluggish for the Gujarati film industry, Karsandas makes up for it. It’s not only entertaining, but also a feel good love story of a small town couple telling that you don’t need an upmarket space for romance, it can happen even in a pay and use facility.

REVIEW : It’s a given that in today’s tough world, achieving your dreams does not comes easy. There are times you lose your loved ones, some cherished relationships, but on the way to achieve that you do realize your strengths and weaknesses. Pela Adhi Akshar too revolves around the same concept. In a fast paced world, where realizing your dreams can take away a lot from you, it is no less than a miracle when your closest relationship with friends and loved ones stands the test of time.

The movie revolves around six pivotal characters namely, Sunil (Aanshul Trivedi) a struggling director, Vishal (Parth Oza), a medical student, Prashant (Semal Bhatt) an entrepreneur, Zebra (Kaushal Shah) a web programmer, Sara (Bhakti Kubavat) a young dreamer and Pooja Puparel (Isha)a free spirited model. The movie starts with Sunil who is nervous on the day of his movie’s premier, and is narrating the entire story, from his point of view. While the story seems to be a classic concoction of several well-known movies that talks about love and friendship, the treatment lacks soul. Every actor brought their own uniqueness to their characters, but the unnecessary length of the movie, average cinematography, several loose ends and sloppy editing took away a lot from the actual storytelling process. Except for Maro Halo, the songs weren’t quite catchy. The overall background score, too lacked at many places, given that this is a romantic movie, the music was quite disappointing.

One thing that the new filmmakers and directors must learn is that editing and a crisp story can take their movie notches up. Although making a movie on one of the oldest tried and tested method could have been a sure shot success, there were many flawed aspects, because of which the audience gets easily distracted.

REVIEW : This one is a thriller inspired from real life incident and it doesn’t take too long to figure out which incident it is. The wafer thin plot loosely uses the Patidar agitation (that shook the state in 2015) as a background to tell a different story.

The self-righteous Devang (Priyankk), an idealistic college grad wants to join politics to improve the existing system only to realize that his dreams are too far-fetched. He begins as an RTI activist and wants to clean the system. During his political baptism, Devang makes plenty of enemies who want him dead. The film is a classic example of how caste based politics is used for selfish motives and the actual culprits walk free.

The leads Priyank and Anita Purswani try very hard to portray the right emotions on screen but their acting skills need a lot of polish. The mushy college scenes in the first half are shot well, unfortunately neither do those sequences give any relationship goals nor do you feel the romantic leads are actually involved with each other. Their chemistry is ice-cold. The unveiling of the plot should have been gradual so that there could have been a proper build-up to a nail-biting, edge-of-seat climax, but the director seemed to be in a rush to reveal everything on a platter too soon. The one man who single-handedly pulls the tepid script and film on his shoulders is Mihit Raval who plays the antagonist Vrajesh. The other supporting characters are sloppily sketched and hardly worth mention.

Amateurish acting, sloppy editing and average cinematography makes the film look more like a documentary. The one star is meant only for the debutants and Mihit. Even if you have nothing much to do this weekend, try reading a book or catching up on your sleep. This movie is not meant for the faint-hearted.

REVIEW : O! Taareee is about a group of friends, who, for love, friendship and wooing the most beautiful girl in the college, tumble into a politically driven plot where a sudden murder brings them face to face with each other and a reality that shakes them to their core.

A thriller that deals with a murder mystery is not the easiest to handle, as even the smallest of loose ends make an impact on the overall movie watching experience. And even though the film has a few loose ends while solving the murder mystery, director Tapan Vyas does a good job in holding the viewer’s attention, especially in the second half, which is when the real action starts. The first half of the film is slow and lets go of a good 40 minutes of the film that could have been used more interestingly.

It’s the second half when the movie really begins. And it looks like a different film altogether. Jayesh More, who plays the quintessential cop, is spot on from the very first time he enters the screen. And he shows how a good actor can transform a scene. But what strikes you the most are the chase scenes in the film, with Revanta Sarabhai and Jayesh More engaging in daredevil chases on the rooftops of shabby houses in the old city of Ahmedabad. The sheer brilliance of these chase scenes is worth watching this movie for.

Revanta, easily one of the fittest actors in Gujarati films, shows how hard work and dedication to one’s craft pays off. He is on the verge of becoming the most sought after actor in the coming years. The rest of the cast including Janki Bodiwala, Pratik Rathod, Ridhi Jain and Dhaivat Mehta do a good supporting act. Their masti in college bring occasional smile on your face and overall, they manage to hold the plot together.

The only romantic song, Gulabi, shot in parts of Diu, is a well shot romantic number between Revanta and Janki. And it has surely been done well. The cinematography and the chemistry between the two is worth a watch. Overall, the film is worth watching once. The efforts made by the entire team of the film is commendable, especially the action coordinator for giving the Gujarati film industry a standard to match up to with those chase scenes. And O! Taareee is also sure to make thrillers more popular in Dhollywood. 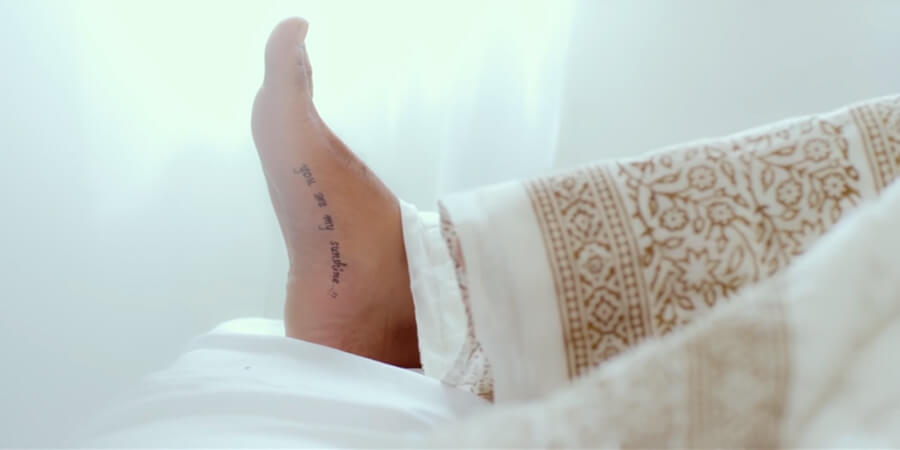